Real estate has changed my life. I have so much more time for my family. 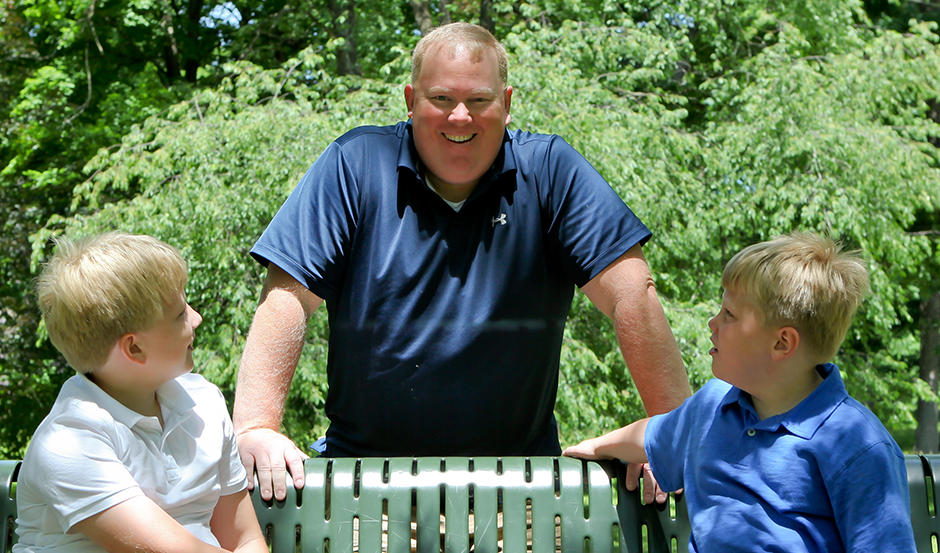 Top Reasons Why I joined Ruhl&Ruhl

No longer confined to a set work schedule, Ryan can now determine his own hours - on his own time.

Ryan has traded in his 12-hour days for a more flexible schedule. He can be there for his sons’ birthdays and holidays.

Ryan gets more time with his family and loves working with colleagues in a collaborative - and not a competitive - environment.

Ryan was an paramedic. Often, he worked 12-hour days and 24-hour shifts. Sometimes he even worked 36 or 48 hours straight. With a schedule like this, his whole life became his job. He missed Christmas and holidays and didn’t have any time for his family.

Ryan was tired all of the time and wanted a job that gave him flexibility, and more importantly, an opportunity to have his life back.

One day, he was sharing all of this with his friend Craig, who is a Ruhl&Ruhl Realtor. Craig started talking to Ryan about a career in real estate. Ryan’s first reaction was to laugh. He never saw himself as a Realtor and didn’t think it was for him.

Today, Ryan is grateful that he took a few hours from his day to listen to Craig, because real estate has changed his life.

When Ryan started at Ruhl&Ruhl, what surprised him most was the culture of collaboration. Everyone was there to help him – from Caroline and Chris to the corporate and office staff, and most surprisingly, his fellow agents. He calls it a “true team atmosphere.”

In Ryan’s first year with Ruhl&Ruhl, he earned over $100,000 in gross commission income, which far exceeded his expectations. He was also named the new associate of the year by the Bettendorf office, and he won the honor for the entire company.

Most importantly, Ryan has gone from working long, stressful hours to a more relaxed schedule. He doesn’t have to miss out on his children’s birthdays or holidays. He can be there for his boys’ games, pick them up from school and just spend time with them.

In Ryan’s words, “I’m not always tired like I was before. I get to have a life now.”

Come Chat with us